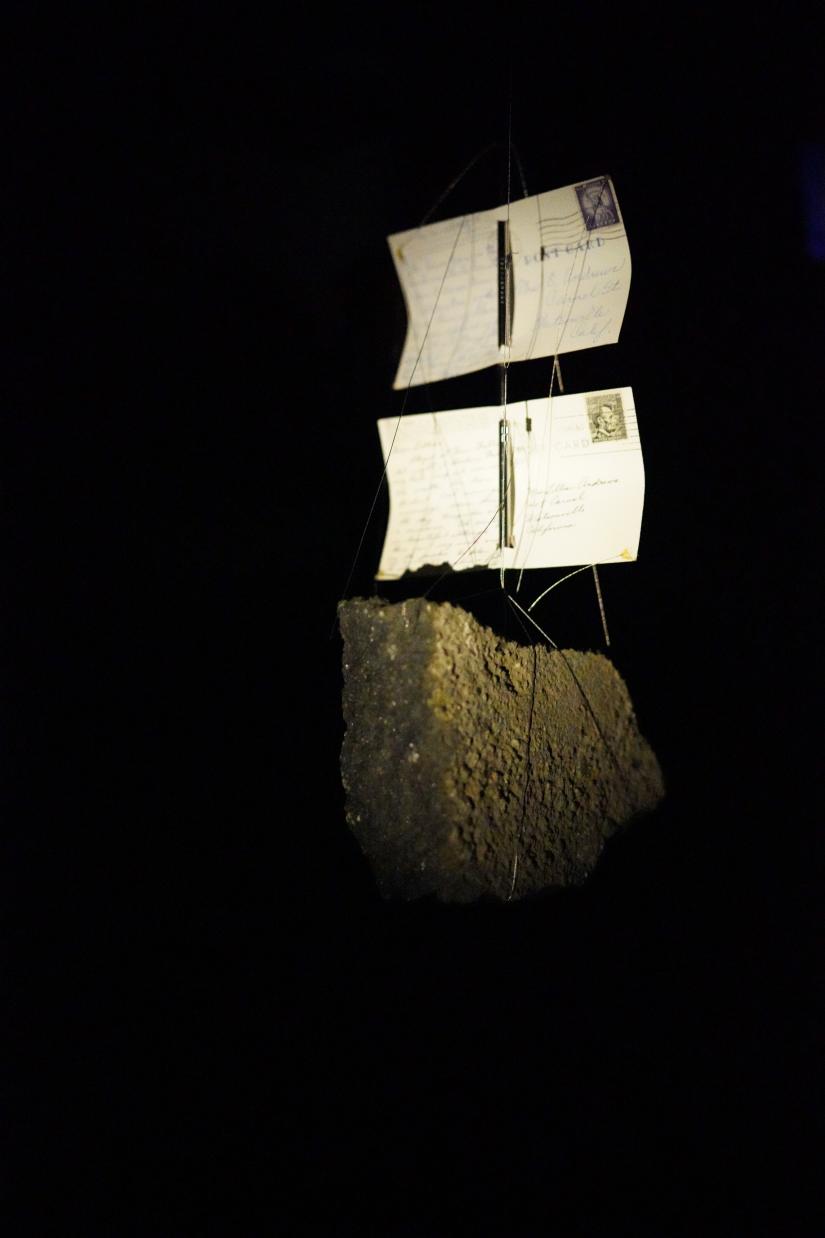 A new show of work by Glenn Kaino at MASS MoCA talks about conflict, struggle and activism. One part of the exhibit shows the breakup of the Shadow V, destroyed by the IRA, with “debris” from the bombing reimagined as small ships. Photo courtesy MASS MoCA​

Often, art work that has a social message is so abstract that it’s hard to find a place in.

The work of Glenn Kaino, which is featured in a new show at MASS MoCA that opened April 3, is concrete and accessible while also commenting on the world and the hopes, struggles, dreams, successes and failures of the humans who inhabit it.

The centerpiece of the show is a cage made of metal bars; when you touch the bars with a baton, you can play the tune to the Irish band U2’s mega hit, “Sunday Bloody Sunday.” Kaino also worked with others to produce a video to the song (featuring the cage) in which Deon Jones sings the song.

Jones is both a singer and an activist. He ended up in the hospital with wounds from a police attack on him, as he protested the killing of George Floyd.

Also in the show is a work based on the Shadow V, a boat on which Lord Mountbatten was traveling when it was bombed by the IRA. In Kaino’s show, the debris from the bombing turns into other boats, or what the show notes describe as “tiny satellite ships.”

At a time when racism against other races including Asian Americans is recently in the news, Kaino is a fourth-generation Japanese American.

MASS MoCA carefully observes COVID-19 restrictions. If you have been vaccinated, bring your card.

The show will remain on exhibit at MASS MoCA until spring 2022. For more information, go to massmoca.org/event/glenn-kaino-in-the-light-of-a-shadow.