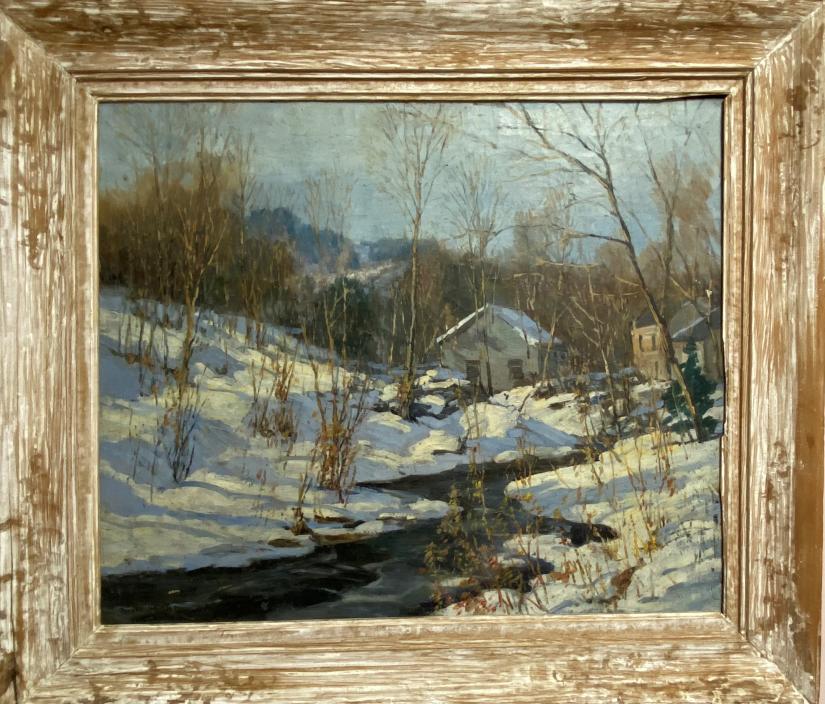 William Parker Newton moved to Norfolk, Conn., after a career as a commercial artist. This painting shows the Blackberry River.

A History of Our World Through Artworks, Large and Small

A retrospective showing of works by artists associated with the Northwest Corner is being displayed at the Canaan History Center in North Canaan, Conn.

Some of the works, loaned by an anonymous owner, were created by such well-known 20th-century artists as Dines Carlsen and Fidelia Bridges, while others were done by lesser-known, but talented local artists such as North Canaan’s John Godburn.

Sixteen paintings are included in the show.

These works are by artists who were both well-known and amateur enthusiasts, said history center Director Kathryn Boughton. “They demonstrate the breadth and depth of the artistic community that flourished here in the 20th century.”