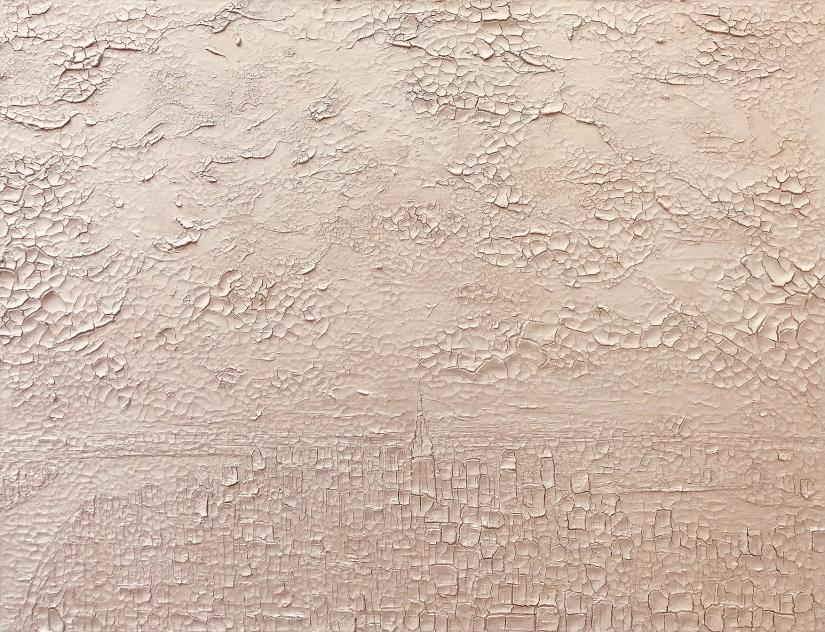 Donald Bracken has curated a show of work at Five Points in Torrington, Conn., by himself and five other artists remembering the New York attacks on Sept. 11, 2001. Photo of work by Don Bracken

Donald Bracken now lives in Cornwall, Conn., but in the late 1990s he was living in New York City and working as an artist in a building that most of us think of as being largely dedicated to finance: The North Tower of the World Trade Center.

“Four of the artists in the show, myself included were in the pilot artist in residence program, launched by the Lower Manhattan Cultural Council in 1997,” Bracken said in an email last week.

“The space  where I worked was a 10,000- square- foot room on the 91st floor of the North Tower, that had the floor tiles removed and the ceiling tiles removed. You could see the pipes. There were no lights.”

The show he mentioned, above, is one he created and curated for the Five Points Gallery in downtown Torrington, Conn., and features work by himself, Susan Crile, Charlotte Ghiorse, Pamela Lawton, Gwinn Loman and Torild Stray. The show opened at the end of August and is on display until Sept. 25.

The terror attacks on the building where he had worked for four years obviously had an impact on him.

The 20th anniversary of those attacks was incentive enough to put this show together; the difficult withdrawal in recent weeks from Afghanistan — which coincides with that 20th anniversary — was not anticipated when Bracken proposed the show.

There was already a lot of thought and emotion kicking around in his head, all of it intensified in recent weeks. Bracken is trying to make sense of it.

Before the terror attacks, Bracken said, “I made  paintings looking through the windows of the North Tower of the World Trade Center on the 91st floor of New York City, a  living organism, the landscape, the weather — from a vantage point that framed a world that no longer exists.

“My paintings that were in response to 9/11 are about fractured reality, mortality, healing.

“The perception of the omnipotence of NYC was shattered on 9/11.

“My work delves into the collective psychic wounds that are felt to this day and repeatedly reopened, as in the recent events in Afghanistan. Through the lens of the windows of the World Trade Center, I remember the time before and after 9/11.”