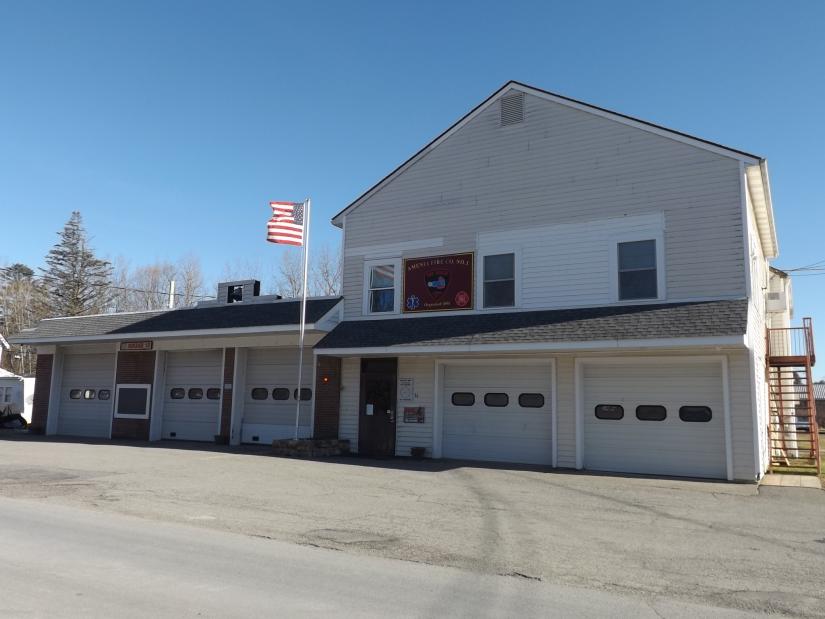 The Amenia Fire Company wants to build a brand new, centralized fire station at 36 Mechanic St., to replace the current firehouse at that site, which is unable to store all of the company’s equipment and prompted it to buy a storage building in town on Cascade Road. Photo by Kaitlin Lyle

AMENIA — Between the services it provides to the community and the local gatherings it’s hosted to benefit residents over the years, the Amenia Fire Company has been operating out of the firehouse at 36 Mechanic St. since its inception in 1895.

However, in recent years, the firehouse has encountered a number of issues that have prompted members to realize they’ve outgrown the structure. Knowing that, the company did buy additional property in town to store the equipment that doesn’t fit at the firehouse, but members are now looking to develop a master plan to bring everything back to Mechanic Street, wanting a centralized fire station.

Amenia Fire Company Chief Aaron Howard Jr. said the original structure on Mechanic Street burned down in 1941. A new structure was built in its place and in 1947 the Fire Company moved in. That same year, the firehouse built an engine bay; a second engine bay was built in 1962. By 1975, a new side section was added on to the building, completing the structure.

Yet through all of the changes that the firehouse has undergone, Howard said it was always associated with the town of Amenia, which had its Town Hall located inside the building for a number of years.

Many residents may also associate the firehouse as the location for popular community events, such as the starting point for the annual holiday parade, the location for the fire company’s annual chicken barbecues and the site of its popular summer carnival.

Yet there are issues with the structure’s age, few modern efficiencies and lack of space — especially when new equipment can’t fit in the building. For example, the firehouse’s doors aren’t high or wide enough to fit the new firetrucks that were just purchased.

Seeking a temporary space to house their equipment, Howard said the company purchased property at 15-17 Cascade Road in 2007, from Maplebrook School, which had previously used the property for the its greenhouse operations. In addition to housing a firetruck there, a washer and dryer system is stored at the site as well as an air pump to fill self-contained breathing apparatuses or scott packs.

“Currently we’re operating out of the two properties efficiently and we’re able to provide services to the community,” Howard said, adding it’s now the company’s hope to create one centralized space back on Mechanic Street.

In support of the Fire Company’s vision of being “a progressive organization that leads the community in public safety,” the Amenia Fire Company Building Committee announced its goal on Sunday, Jan. 24, to plan, fundraise for and construct a brand new fire station at 36 Mechanic St.

Goals include providing a healthy and safe work environment for all volunteers and guests; to create sufficient space for equipment and administration; to be able to conduct on-site first responder training events and classes; to consider and plan for future needs; and to secure funding for the project as the Amenia Fire Company No. 1.

Howard emphasized that this is a fire company project that will be funded by the company at no cost to the taxpayers. He said the company has sent out fundraising information and is just now starting to scratch the surface in raising the funds necessary to move the project forward.

As the fire company looks into developing a master plan, Howard said the next step would ideally be to form a Building Committee, though he pointed out that the project is still in its infancy.