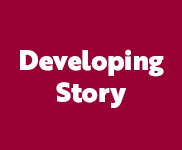 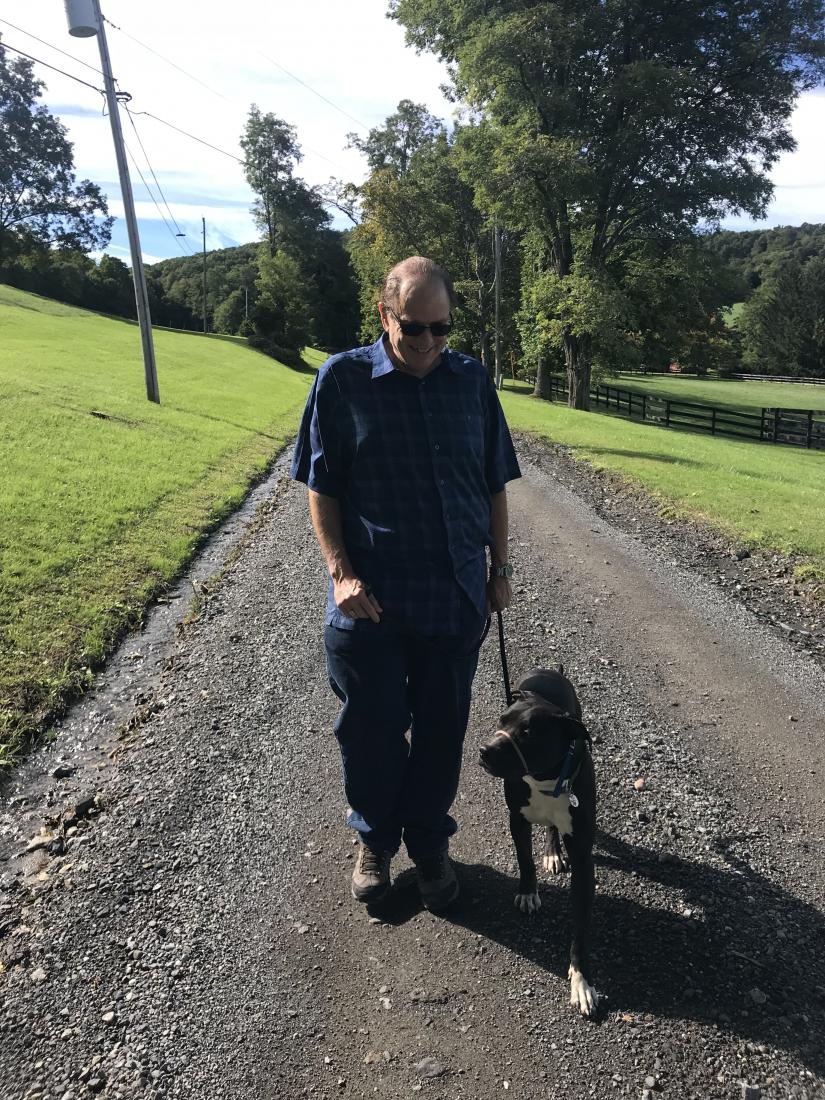 AMENIA — Actually, there are two Erics in this story, as well as a canine hero, Brooklyn, a handsome black dog who is gentle, friendly and close to 2 years old. He came to Animal Farm Foundation (AFF) from a southern shelter, and began training soon afterward.

Brooklyn now belongs to a man named Eric Guss, who is deaf, and Brooklyn has become his friend, his protector and his ears. He has been taught to react to different sounds, and he lets Guss know when a sound needs to be brought to his attention, such as a microwave, a telephone, a doorbell, and if needed, a fire or smoke alarm. This is all done with nudges to the knee, or other body parts; if it is an emergency, Brooklyn knows how to react to that as well, with more excitement and force.

“He is a wonderful dog,” said Guss, “the best dog I could ever have.”

Guss notes that they are individuals, but he credits Brooklyn with saving his life as a deaf man. He hopes that in the future more dogs will be trained to help those who cannot hear. Thanks to Brooklyn, there are things that Guss can do now that he couldn’t before he acquired Brooklyn. They lead a relatively active life on the other side of the county, in Hyde Park.

Brooklyn was trained by Erich Steffensen, AFF special projects manager; Guss is Brooklyn’s handler. They built a special relationship, to the extent that Guss can often sense something is going on by watching Brooklyn’s ears. Once at Home Depot, Guss noticed a twitching of Brooklyn’s ears, and discovered that a forklift was backing up in the next aisle.

Brooklyn gives Eric a kiss every time they get in the car, and before they get out, possibly as reaffirmation of love and dedication. What makes the union even more perfect is that Brooklyn’s bark is pitched perfectly so that Guss can hear it. Guss is much more comfortable in his daily comings and goings since acquiring Brooklyn.

Other dogs are being trained for the same type of duty at AFF, to help the disabled or veterans and others suffering from Post Traumatic Stress Disorder (PTSD). In fact, the nonprofit helps in so many ways; the dogs are generally saved from high-kill shelters. Once trained, they are given, free of charge, to those who need them most.

Some of the dogs are trained to work with the physically handicapped, and can work with those who are wheelchair bound as well as those who need emotional support.

There are six trainers at AFF; they work with the animals as well as the person who will be getting the dog and  be the handler. The training is also free.

Another dog, Gadget, is going with his handler, Milton; another, Mallard, is awaiting a person he can help and guide, as either a PTSD or a hearing alert dog.

Helping both people and dogs,  AFF also has a program with prisoners who train dogs in New York City and one in which dogs are trained at a center in Texas to be K-9 police dogs.