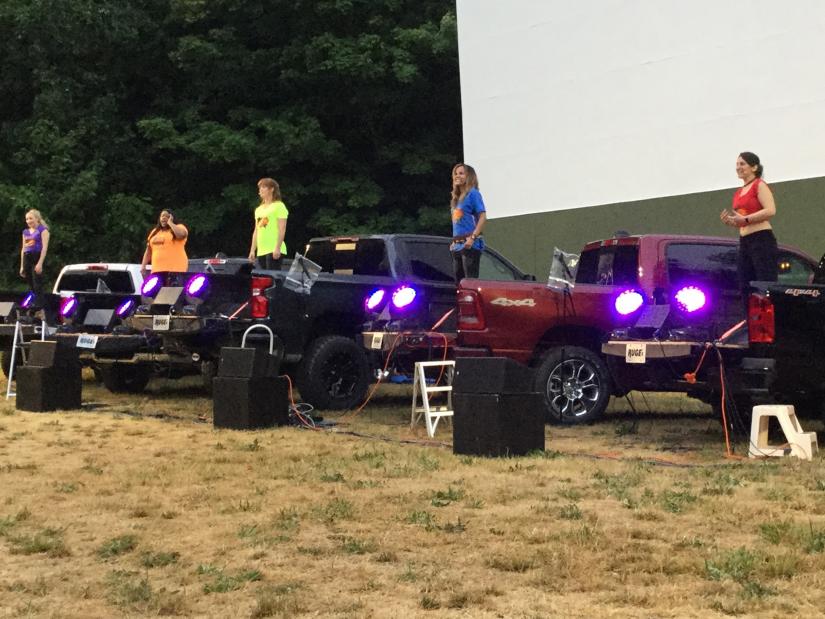 Broadway comes to the country

AMENIA — Showing its support for live performances during the global coronavirus pandemic, which has shut down the heart of New York City’s theater district  until at least January 2021, the Four Brothers Drive-In Theatre invited audiences from near and far to spend an exhilarating night on the town with a live concert performance of the Broadway musical, “SuperYou,” which had to cancel its run on the Great White Way due to COVID-19. The Broadway cast appeared at the drive-in on Saturday, June 27, and Sunday, June 28.

Despite some rain storms, the live outdoor concert was held at 8 p.m. on both nights in front of the theater’s main screen. The drive-in’s field was packed with cars, many with families thrilled to have a night out filled with live music at their favorite haunt. Others were clearly theater fans, eager to watch a live performance.

In addition to the rock-style musical, admission included a family-friendly double feature. Families that came to the drive-in wearing superhero capes also received a free ice-cream cone and a free “SuperYou” face mask.

Performing from the back of five pickup trucks equipped with lights and speakers, the concert featured a cast of five female Broadway singers — including Lourds Lane, who wrote the book, music, lyrics and arrangements for “SuperYou” — who poured their hearts and souls into each performance.